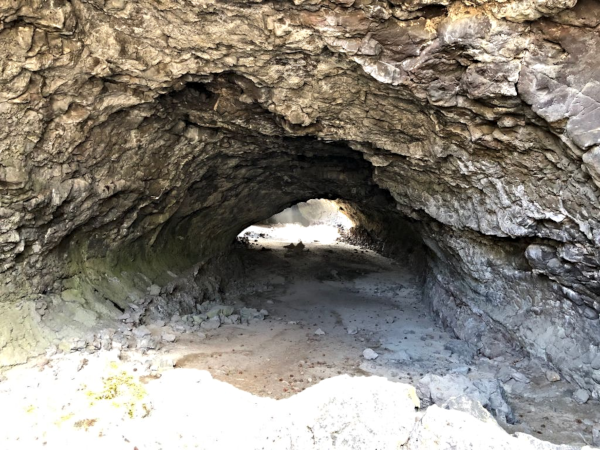 I was beginning to wonder whether it really existed. Maybe it only existed in the distant dreams of mountain men and bats leaving guano against lava walls; tubes and tunnels and caverns weaving a web underground.


It all began innocently enough while exploring cracks and crevices outside of the area surrounding Fort Rock.

We'd gone on a late season camping trip with some friends. You know the type, where nights are cold and stars are visible in the ink above, with days breaking into sunlit skies and moderate temperatures.

The initial destination was Crack in the Ground and a roadside diner in Christmas Valley that dishes up darn good Reuben sandwiches. Like most park sites, there's always a map and legend with other scenic spots to check out. And, one such sign told of a cave that was cold and needed reliable illumination. The name, the words, set the marble into motion - the quest which became a crusade to find Derrick Cave. 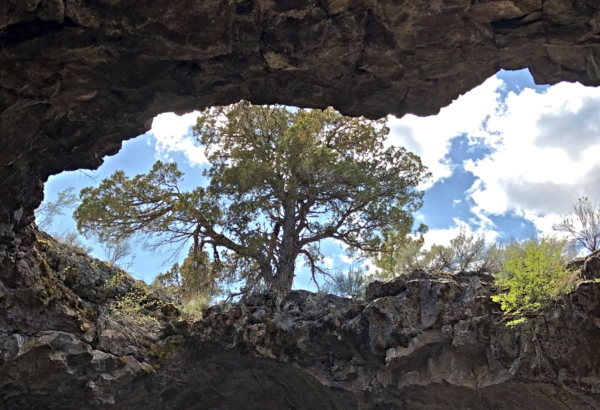 It seemed real enough. There was a sign with a basic map, pictures on the internet of a sky-lit cavern with sketchy directions. And, it was supposedly not far from where we were - somewhere in the Devils Garden, all rather phantom-like and illusory.

Back in October - with no real Forest Service maps - we drove in a vague direction, relying on spotty cell phone service.


We passed markers like Buzzard Butte and Hogback which indicated a nearness to the cave. However, the cave eluded in some mysterious, crazy like a fox way.

As dusk began to settle in with its muted color, we grudgingly headed back; sulking like kids who had to stop playing as the sun dipped behind the dim horizon.

We consoled ourselves with glasses of wine around a fire with flames licking the night and notions of our next search outing. But winter arrived, and with it the Holidays. Lives get busy; adventures get pushed into the recesses of the calendar in favor of all things jolly and bright.

February came, as did three feet of snow, even more at the cave which is situated above 5,000 feet. We had brunch with our friends instead and devoured maps and routes, savoring the dreams of dark and damp and the microorganisms that dwell inside, as much as the food. 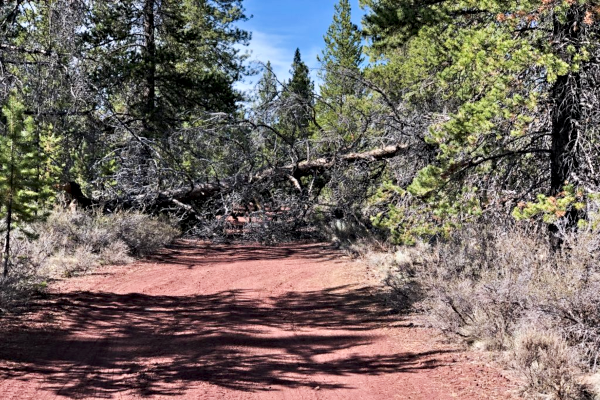 April, should have been a golden month for a mission; the in-town snow long gone. The sun was peeking gingerly out from behind the clouds of the next storm, but our plans were made. We felt good; the type of good that climbers of Mt. Everest feel. That good! Derrick Cave was definitely on the radar, until we met snow head on. Snow had not been in the plan. Snow wasn't even a consideration, but there it was; we were stuck and out-of-luck.


Now, the story gets better. We were stuck with no shovel, and all doors of the running truck were locked, with us outside.

Of course we didn't have coats on, we (the girls) only got out of the warm, running truck to find a discrete alfresco potty spot. Another minor complication was that our cell phones, which had miserly reception, were in the truck. Enter my guy to the rescue. His phone was tucked into his pants pocket. He never has his phone, ever!

The storm was rolling in fast, casting spits of rain from wind driven clouds. There was a small angst in our group as OnStar's number was dialed. The first attempt failed as the phone number wasn't the registered number. An actual person was needed. Now, I've seen the commercials on television where someone in need phones and like magic from somewhere in space and time the doors are opened or rescue help is sent. Well, I'm here to tell you, it actually worked. Hearing the click of the door locks was sweet, sweet music.

With the help of pine needles and a few broken branches, the Chevy was no longer wedged in the snow and we were free to travel back the way we'd come. A little hyped up about what had been overcome, and a little melancholy for what had not been found, we sought great solace in pizza with charred crust and ice cold beer. 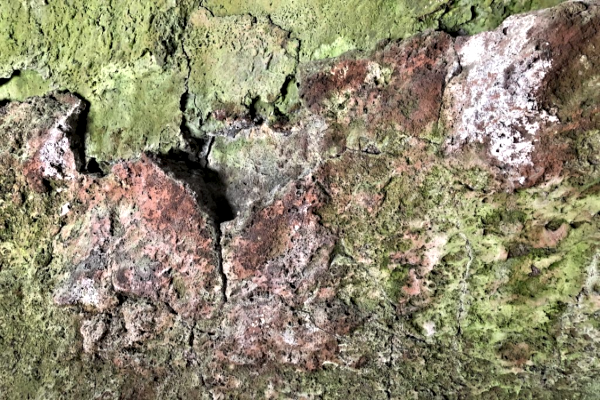 The stellar weather at the beginning of May started crooning a siren's song, luring us to Derrick Cave. And, as legend has it, sirens are deadly luring creatures of enchanting music. So, a new checklist of necessary items was jotted down. A bottle of celebratory wine was packed in a basket, along with a few provisions.


We had a shovel, proper maps, saved maps and images on our phones, GPS and a full tank of gas, so what could go wrong?

We were so invincible in the "three's a charm" search for the lava tube designated as a nuclear fallout shelter back in the 1960's. My thought was, how would anyone find it? And why in the world would anyone drop a bomb out in the middle of nowhere?

The cave was named after H.E. Derrick, a pioneer rancher, who had a homestead about three miles from the cave. It's said that it was a summer getaway for Fort Rock locals who would use the ice in the cave to make ice cream. And, yes, there was plenty of ice in the back of the cave. NASA also used the cave in 1960 as a test site for lunar landings, wanting to find underground spaces that astronauts could use if needed. Once again, it begs the question of why? 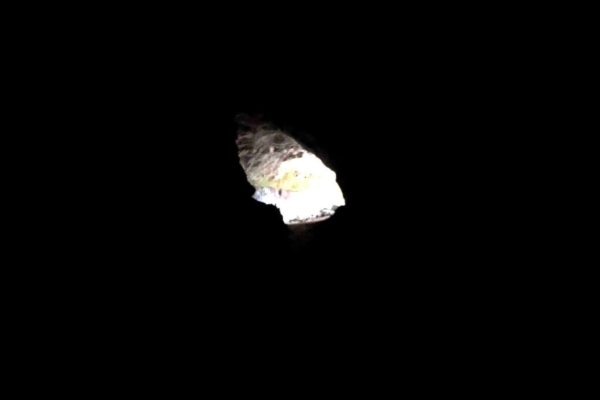 Cinco de Mayo was quite a celebration this year, but not for the usual reasons! There were no icy margaritas with salty rims, or cilantro-filled street tacos or Mariachi bands playing Cielito Lindo. No traditions from our South-of-the-Border friends. There was, however, a cave that had been an elusive pipe dream on two previous occasions.


Derrick cave had a wide-mouthed entrance and blow-out holes that let glorious light filter into the front of the opening.

Venturing further in, ice developed into stalagmites, rising from the floor of the cave and bat guano lined the walls. It was dark, so dark that you couldn't see your hand. And lichen in muted green and red clung to cold lava, looking like an impressionistic textural painting. It was surreal and beautiful, quiet and solitary, even with other people making their way in and out.

One companion made her way back to the truck, while two others ventured deeper into the cave. This left me along in the raven room. I stood and absorbed the cold, the dark, the quiet that was beyond quiet. Senses heightened, I was aware of my smallness in the vastness of creation, hearing slight drips that form the ice formations, slowly over time.

Time does move slowly when allowing yourself to be. And, in the course of time, I had to exit; entering the daylight once again, sun warming my chilled body. 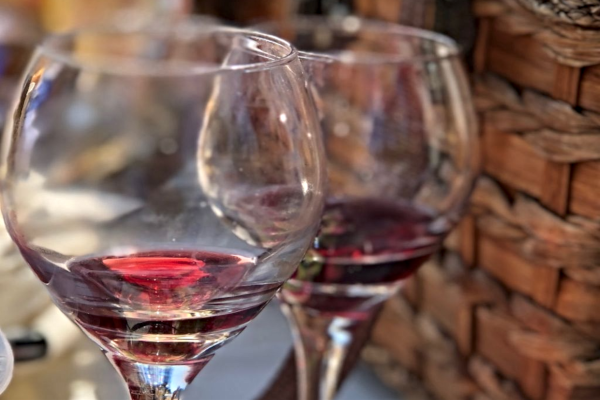 With a contended sigh, big, bold red wine was uncorked and glasses were raised. My heart reflected on the words of naturalist John Muir, "In every walk with Nature one receives far more than he seeks." The elusive had been found, sans the bats.

One last thing, did I mention there was a giant pine tree across one of the roads? Go figure.

If you have been mildly amused, challenged or inspired by what you have read, please pass on my blog to a friend, colleague, family member or even random acquaintance

Popular posts from this blog

December 17, 2018
The park was empty this morning. I was humming California Dreamin'. I like seeing people and exchanging a few words, but there's something extraordinary and peaceful about being there - alone. Isabella freely sniffed.
I could weave my way in and out of the trees without wondering if people thought I was a crazy lady for not walking a straight path.
trees are gray-brown silhouettes
set against an ashen sky, ready to drop crafted snowflakes
streets are iced
houses bright with twinkling lights beckon us indoors
winter is descending with darkness and dormancy and cold
each breath exhaled creates fog
an innate splendor
air crystallizes and suspends for a moment
all is calm
all is quiet
in the season of rest and sleep

I could hear the birds and see my breath.
I was mindful of winter's imminent arrival. The sky had that "snow sky" look. It's time to think about hibernating, where all is stilled and quiet for a time.

October 09, 2018
My laptop sits on a makeshift desk. It's situated in an east facing window. From my window I see the neighborhood where I live, and an intense ruddy maple tree. At the base of the tree is a dry creek bed  we created this summer. It's now full of the red leaves, recently blown from branches.


Allowing my gaze to go beyond the maple, a tall pine stands and the pale medallions of the aspen glint in the afternoon light. The colors and splendor of the dying and drying leaves affects me every year. I wish I could capture the enticing beauty with photos and words worthy of the display.


Copperhead Road plays in the background. The name kind of goes with this piece; a nice strong beat vibrating, much like my heart when autumn arrives.

autumn sun rises slowly,  splintering the horizon into blushing skies that appear to the strain of birdsong

September 04, 2018
Leaving Las Vegas, a line made famous in movies, song lyrics and billboard slogans. For me, it’s more than a catch-phrase. It pierces my heart, now more than ever.

You see, previously, people were there drawing me back, but as pages are torn from the book entitled “Life,” I’m more aware of how fleeting and transient things are. Change is a given.
My heart feels - each word expressed - come back, don’t be a stranger. I know they’re wondering if they’re losing all contact with the family of ones deeply loved. I wonder, too. And while I also know that’s how things happen, I don’t have to like it.

So, I stare out the window of the plane, the sun bringing light and heat to the day in shades of pink and pale orange which burst against the blue sky. My thoughts are pensive, questioning, seeing only the rugged ranges with striations of soil and color veining them. As the plane climbs we soar above the clouds stacked on each other like mounds of whipped sweet cream. Contemplation is as thick as…
Post a Comment
Read more

Missy A
Why Isabella Bird? It's the name of my beautiful Chocolate Lab. She's my girl, but also, Isabella Bird (1831 to 1904) was a traveler and writer. A woman on a journey, as am I. I eat, I cook. I learn, I explore. I write and tell stories, work really hard at my job and I love people immensely. Life is a story about relationships. My story is about my relationships. I hope you enjoy reading and taking a moment to drop a word or two in the comment box.